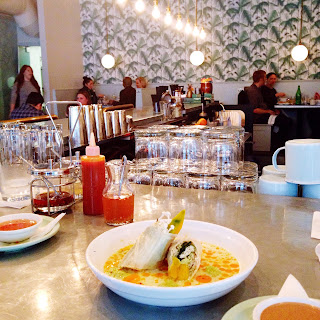 I had Monday off work so Joshua decided to join me. They only told us about a month ago that we were getting President's day off so all the cabins and such were already booked. Instead we had a city exploring day together, which we really haven't done in a long time. 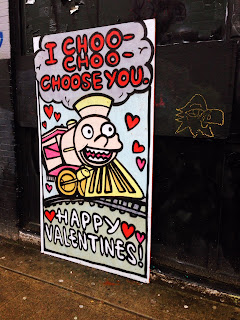 We bused over to Capitol Hill and ate at Stateside, Seattle Met's 2015 restaurant of the year. It was the lunch menu so it was cheap but so so pretty and everything was delicious! Also since it was Vietnamese food and mostly fresh veggies and homemade sauces it felt like it was all good for you :)

Then we went to the Starbucks Reserve/Roastery. We'd been before but never had any of their drinks. They were decadent! Mine was an Americano with some fancy syrup/flavoring foam that was so thick I tried to take a drink and the liquid couldn't penetrate it. We dipped our cookies in it, so creamy! Joshua's was an espresso with Madagascar vanilla and a little bit of cream. Darn good coffee. 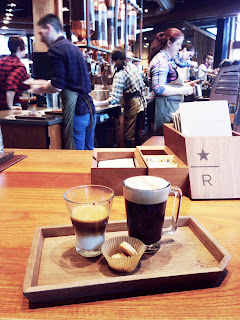 After that we went to Kurt's Ice Cream Shop which is down an unassuming looking space between two buildings. It opens up into a hidden walkway with shops restaurants dotting the sides. I would love to come back to this spot at night, it feels like a secret. The ice cream shop has a dairy farm on Vashon Island and usually makes cheese, but this little store sells ice cream too. We had nocino & salted plum and they were way better than you would think.(Nocino is a liquor made from steeping green, unripe walnuts in spirits, divine)
After that we headed home and took a nap, I believe on a day off you should always nap. 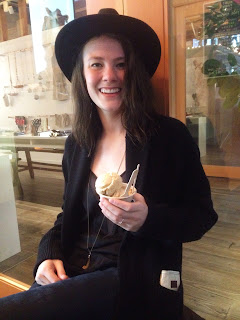 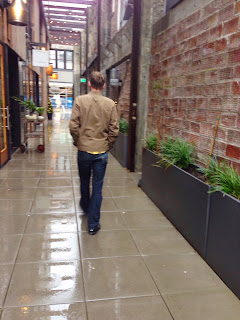