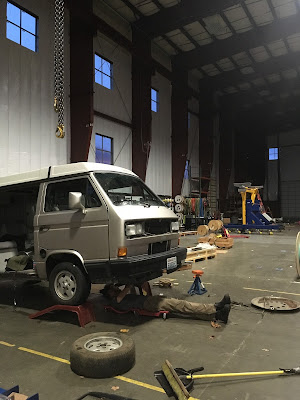 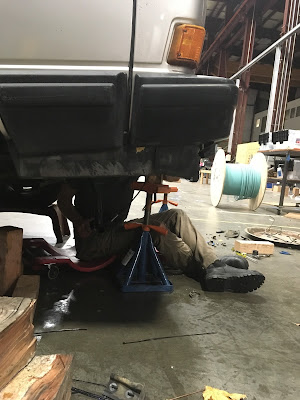 The long workdays on Walter have begun! Since he is 27 years old that means some of his parts are on the end of their life. Joshua has been constantly googling, researching, and watching videos on which parts to fix and how. We have very large boxes of pipes taller than me taking over our apartment. 2 weekends ago we had our first Saturday workday. We rolled into start at 11am and didn't leave until - - - 7 am the next morning! He was replacing the cooling system which required a lot of hose replacement, lowering the fuel tank, and much much more. We got pizza somewhere in the middle and at one point his face was so black he looked like he'd stepped out of a coal mine. I was busy working on my leather stuff for most of the night and gave up around 1am and took a nap in the front seat. But at 7am it was driveable again and he got us home! 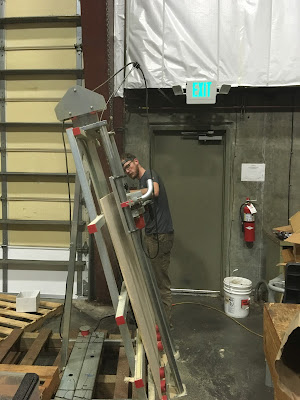 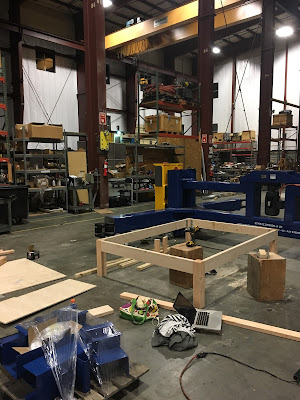 The next Walter Workday was yesterday. We first had a stop at Home Depot, which took way longer than intended, then we ate Pizza hut in the parking lot and got to work around 3pm. I was there to build our bed and Joshua was putting in a new radiator and a few various other things. This time I got to help him a bit and he helped me a bit so that was quite fun. We drove out around midnight and got burgers and milkshakes on the way home. 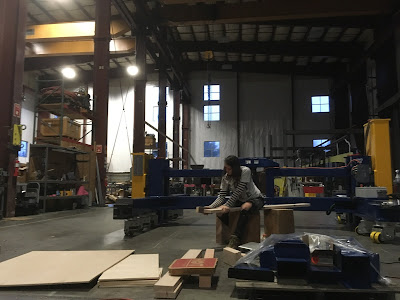 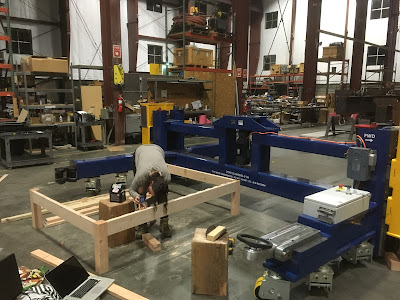 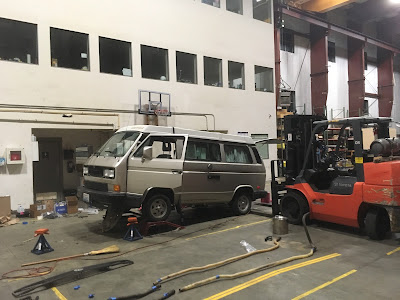 It has been really fun and fulfilling to get our hands dirty. I've had side projects that I've been working on the last few times but the next time Walter won't have to be lifted and I plan on getting into the interior of the van and making some changes while Joshua does the dirty work in the back. Although I did already put up hooks so we can hang our string lights in the back. I considered it a top priority! Also as Joshua is starting to get more familiar with the van I plan on jumping in with him so I can learn some, I've heard these vehicles need repair while on the road a bit and I want to learn to be more helpful. 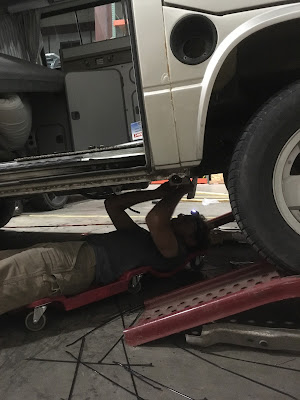 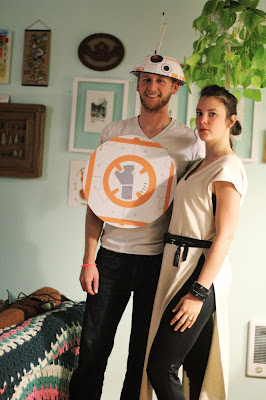 We didn't have any plans for Halloween this year but I did want to dress up. I have a fabulous tunic and I've worn it before and been told I look like Rey from Star Wars. So I've had my idea for months. Plans or not we were going out. 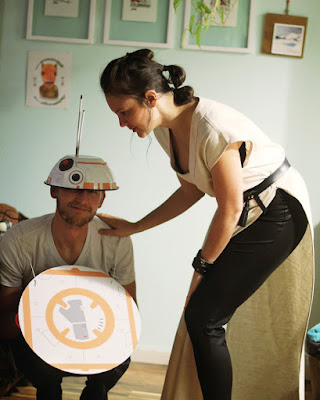 Over my lunch break I crafted Joshua a BB8 costume out of a some cardboard and a bowl. He was actually very excited about it. We both donned our costumes and went out for tacos and a drink. It was a lovely little date night that included costumes. 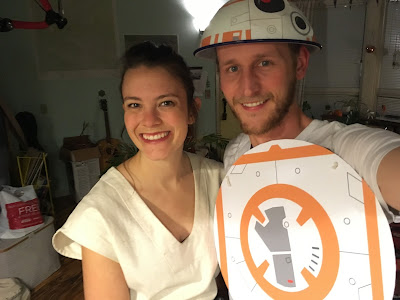 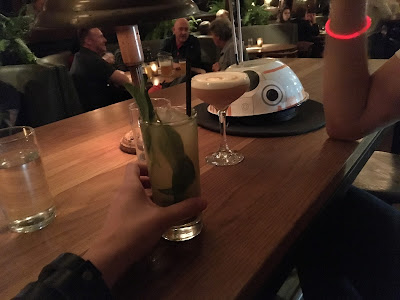 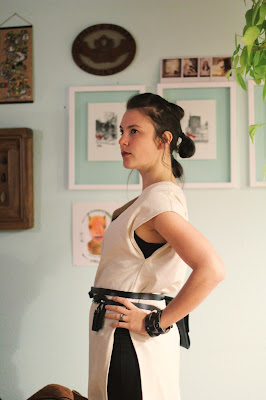